Throughout his seemingly disparate bodies of work, Breckenridge maintains a common theme, where familiar objects, symbols, and shapes, organize themselves almost magnetically into expressive and geometric Implosions.

A major preoccupation has been describing and defining space through the manipulation of form.  Although his work takes several distinct directions, ranging from digitally printed tile murals, to industrial slip casted sculptures,

consistently it is informed by mass production through both Breckenridge’s appropriation of everyday objects, and his use of industrial techniques.

Objects, historically personal in size and use, such as, tin cans, baby toys, and twigs, become ceramic, and intertwined with traditionally ceramic utilitarian objects: tiles, platters, and cups.

Equally ubiquitous among Breckenridge’s work, are references to typography, signage, and Trompe l’oeil, further echoing his exploration of mass production. 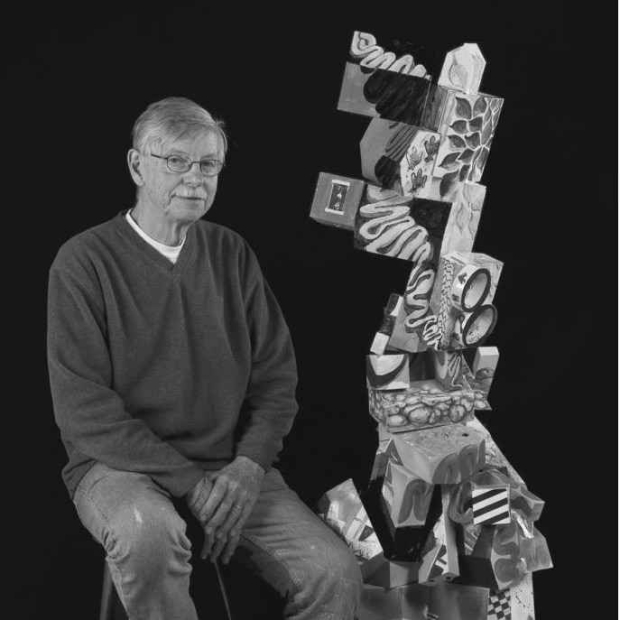 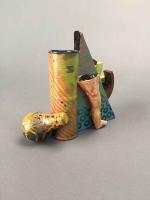 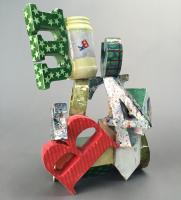